After a hiatus dev diaries over Christmas (and probably much longer than that), I'm back, very much alive, and in one piece.

I'll like to talk about the new UI improvement, the map for planets. That map now has many features, probably more than the other smaller map on the bottom of the planet overview. That old system was small, and literally unusable. 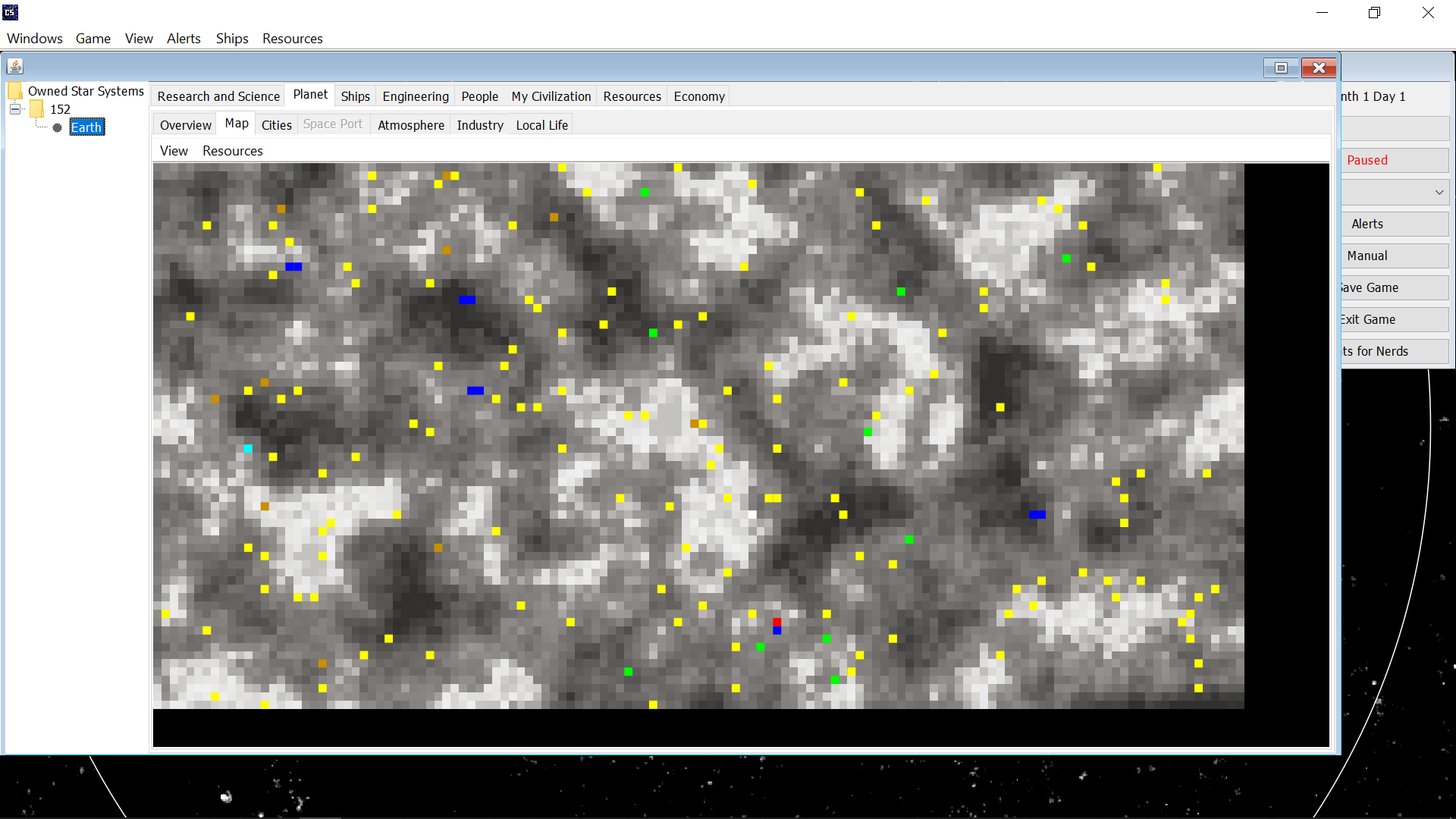 It is bigger, and more intuitive. If you double click on the cities, it will bring you to the city information. If you hover over the buildings, you can see the information of them. You can change between resource views, and the building view.

The minimap under the planet overview still remains, for your viewing pleasure or something. Whatever you want.

The construction menu is also moved there, so now it looks like this: 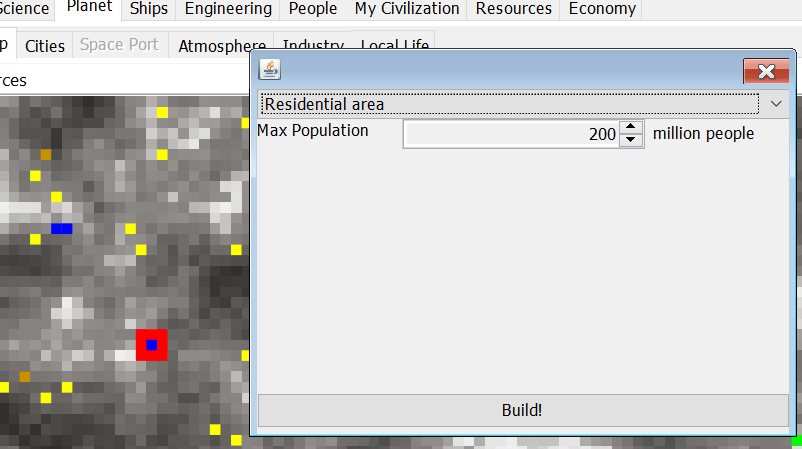 It is much more intuitive, instead of using those finicky sliders or whatever you call those text boxes in the old system. Those are gone now, and hopefully never needed to be seen again. These are much better, as you can just right click where you want to build.

I sped up the UI, so that it is far smoother than before. Before that, I was calculating everything in game and the UI from the same thread. Now, I don't, so it is a lot faster.

I also changed the farm system to a crop system, to hopefully create a more "realistic" way of growing crops. They take one population to harvest, and can be left alone for the rest of the time they are growing.